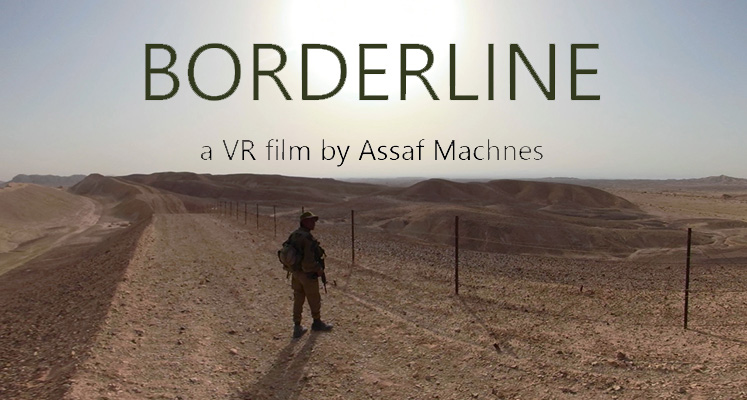 Log line
A VR short following a confusing encounter on the Israeli-Egyptian border. Based on true events.

Synopsis
Abraham, a young Israeli soldier, Jewish from Ethiopian origins, is guarding the borderline along with a fellow rookie. When Abraham is left alone for a few minutes, he faces an impossible dilemma.
Based on true events, Borderline tells a short VR story, allowing its audience to experience the hero’s uncertainty in the middle of the desert.

Director’s biography:
Writer-director based in Tel Aviv. Born in 24/02/1987. Assaf’s shorts won numerous awards and have been screened in festivals such as Berlinale, Venice, Locarno, Sarajevo, BFI London, Palm Springs and more.
Assaf is now raising funds for his debut feature while developing a TV drama for HOT (Israel).

Director’s statement:
My film is more about a situation rather than a full scale story. Its immersive nature allows the audience to experience the hero’s fears and confusion, while telling a bigger story about human desire for borders and the contradictions these desires may naturally create.

Thomas Pesquet fulfils his childhood dream: he is about to take off for the International Space Station (ISS). Closely witness the Soyuz spacecraft’s take-off and arrival at the ISS. Thanks to the very first 360° virtual reality images shot in space, explore the station and admire outer space and Earth as seen from the Cupola, before undertaking a spacewalk in the interstellar void.

« VR Being an Astronaut
VR Chromatica »